The Aluminium Plant Safety Blog has posted incidents involving the hazards associated with aluminium dust/fine explosions and fires. The following catastrophe illustrates what could go wrong, horribly wrong when aluminium dust/fines are allowed to accumulate in a plant. Here is the story:

At least 68 people were killed in an early morning explosion at a factory near Shanghai that makes automobile parts for a US based automotive company, once again raising concerns about workplace safety in China.

Within hours of the explosion that occurred during the week of July 27, two executives of the Taiwanese company that owns the plant, were detained for questioning. 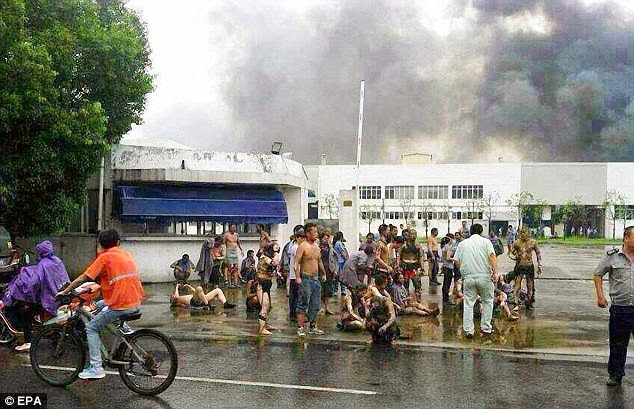 The explosion took place at 7:37 a.m., when the factory was running with about 200 workers on site, according to reports. More than 180 were injured, many with serious burns. Those were being rushed to Shanghai, 45 miles away, to be treated.

Footage from the scene showed charred workers, some sitting and some probably dead, on wooden pallets, as fires raged at the remains of a gutted factory in the background. The official Xinhua news service quoted a radio reporter saying that victims’ clothes and hair were burnt off, describing one as “dark as charcoal.’’ 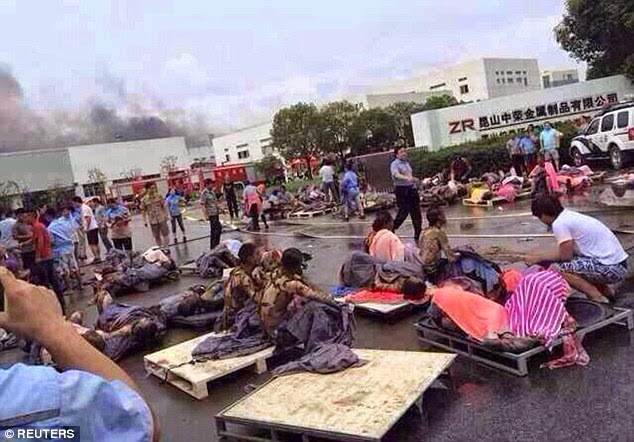 The explosion is one of the worst industrial accidents in China in recent years. The unusually high death toll and the foreign ownership of the plant is likely to prompt the government to look carefully at whether negligence was involved. A senior Chinese official, state councilor, was being dispatched from Beijing to visit the scene, state media reported. The factory is a supplier to a wheel manufacturing company, which, according to its website, is the world’s largest manufacturer of aluminum wheels. It has 450 employees.

As China has grown rapidly so has the scale of industrial accidents, despite the government's efforts to strengthen safety standards.
In June 2013, a fire at a poultry plant in northeastern China killed at least 119 people. That fire eclipsed the death toll from a 1993 blaze at a toy factory in Shenzhen that left 87 dead, mostly young women.

Survivors of last year's fire said workers were unable to escape because most exits were locked or blocked. 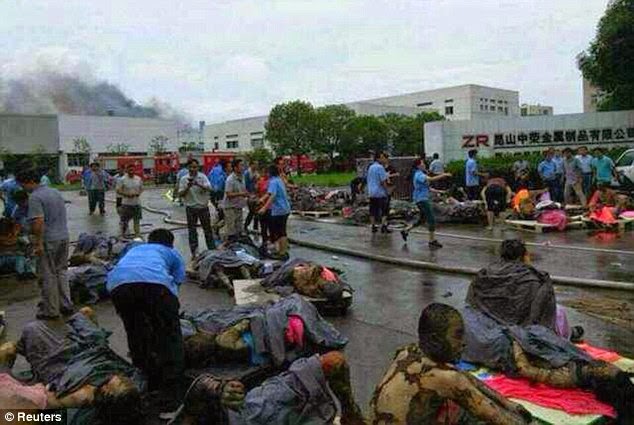 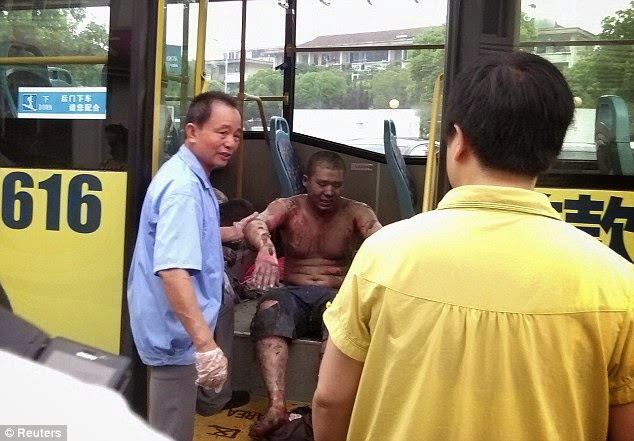 Here is a short video of the aftermath of the explosion and fire.

The Aluminium Plant Safety Blog offers our sincere condolences to the families, friends, and coworkers of the deceased and injured in this incident. Every incident that results in a fatality is sad, but due to the sheer number of those killed and injured in this instance, we are simply at a loss of words. Looking at the photos of the workers after the incident is shocking. Either the photos show the bodies of the dead workers, or the injured workers whose clothes have been burned off their bodies (most have burns over 50% of their bodies). One would expect that the death toll will continue to climb over the days, weeks and months as some of the workers succumb to their injuries.

Our industry has acknowledge dust fire/explosions and worked collectively to mitigate them. This incident has illustrated that further education is needed. One hopes and prays that the message gets out and catastrophes like this one never occur again.

The Aluminium Association (USA) has a great document that was developed with numerous experts in our industry titled: Guidelines for Handling Aluminum Fines Generated During Various Aluminum Fabricating Operations. It can be viewed here. 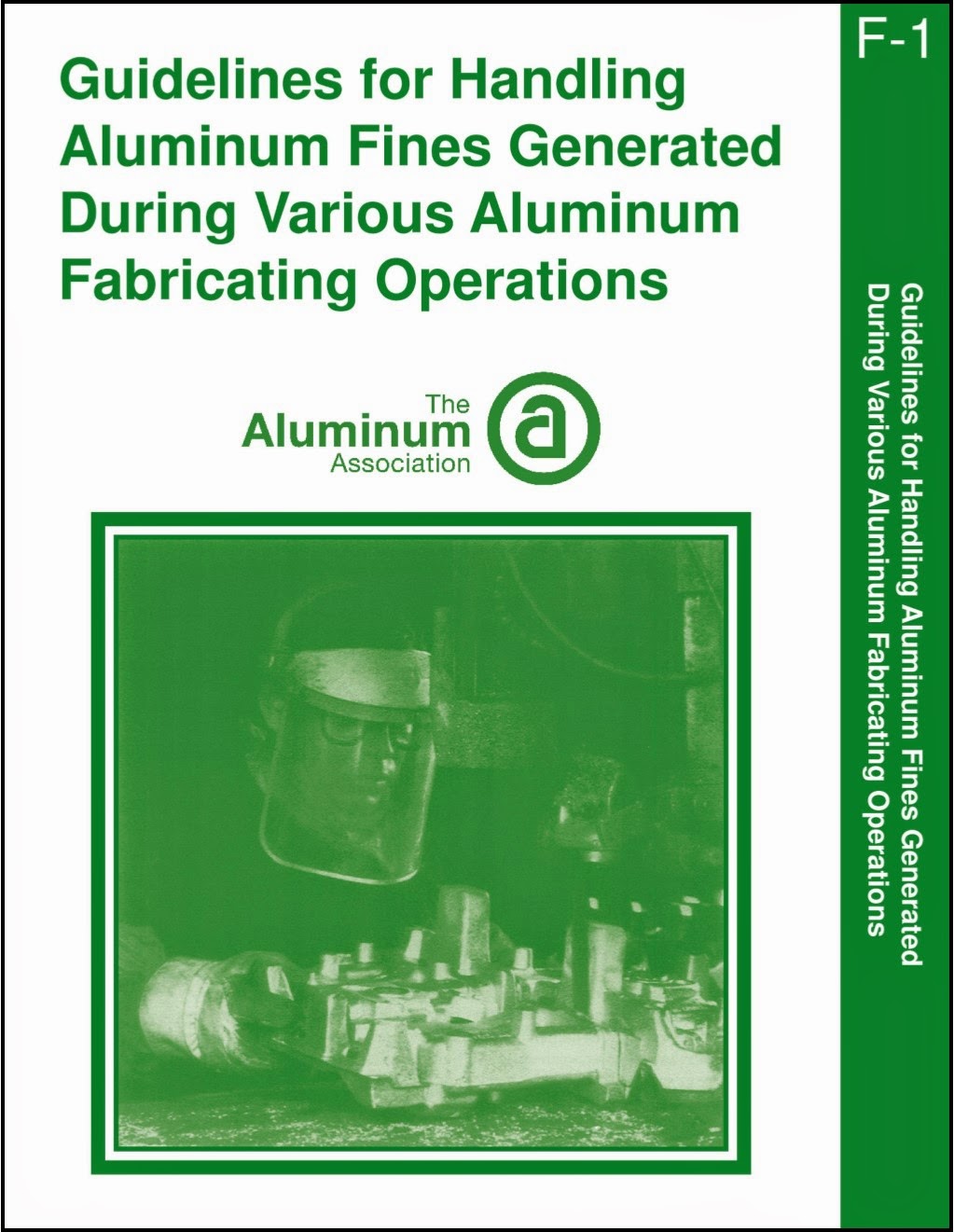 The North American Die Casting Association (NADCA) has a great Power point presentation titled:The Preventing Dust Explosions and Fires in the Die Casting Industry. This presentation is useful for any plant that generates aluminium fines. The presentation can be downloaded here. 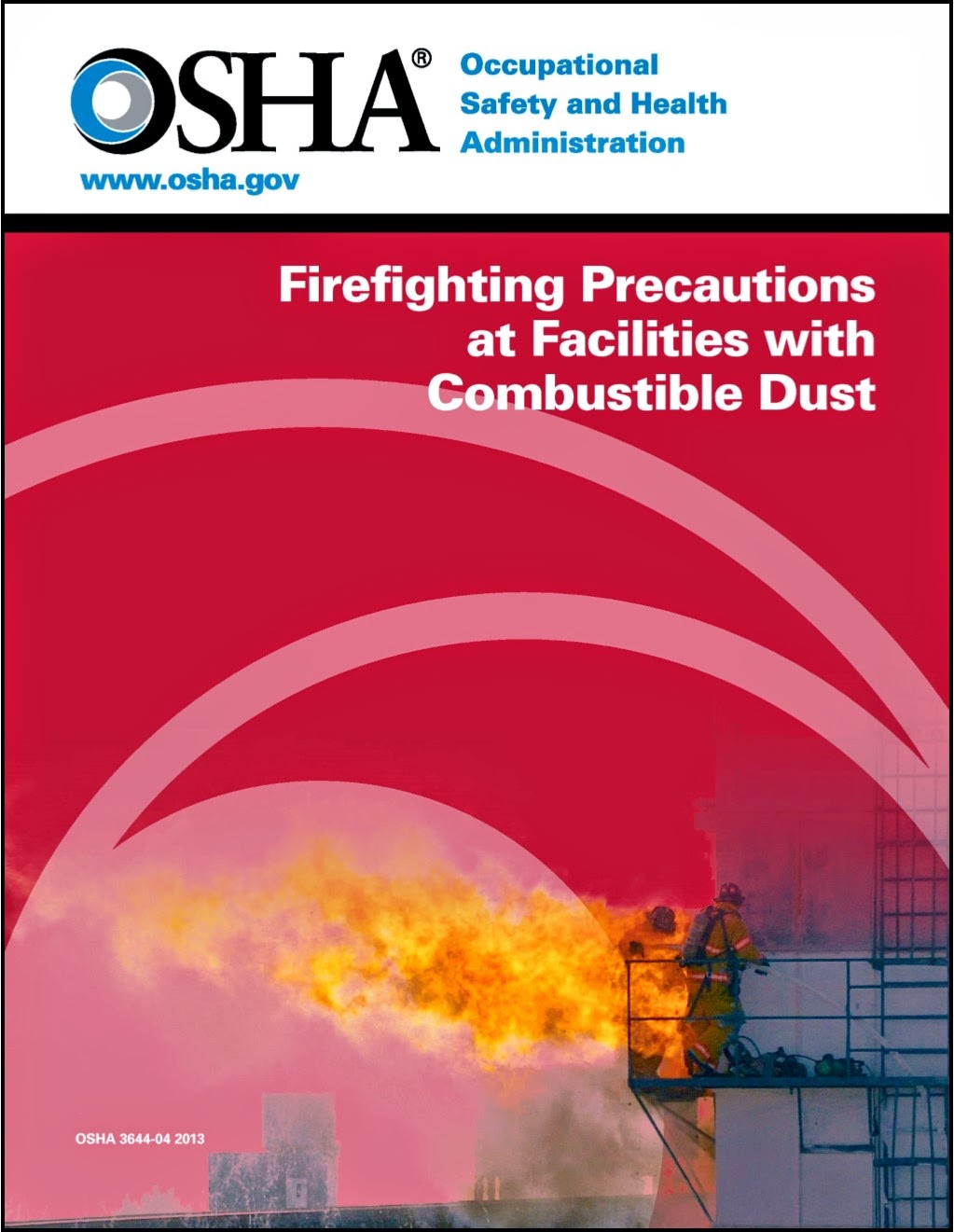 The Aluminium Times Magazine had a column about aluminium fine safety last year shown below. 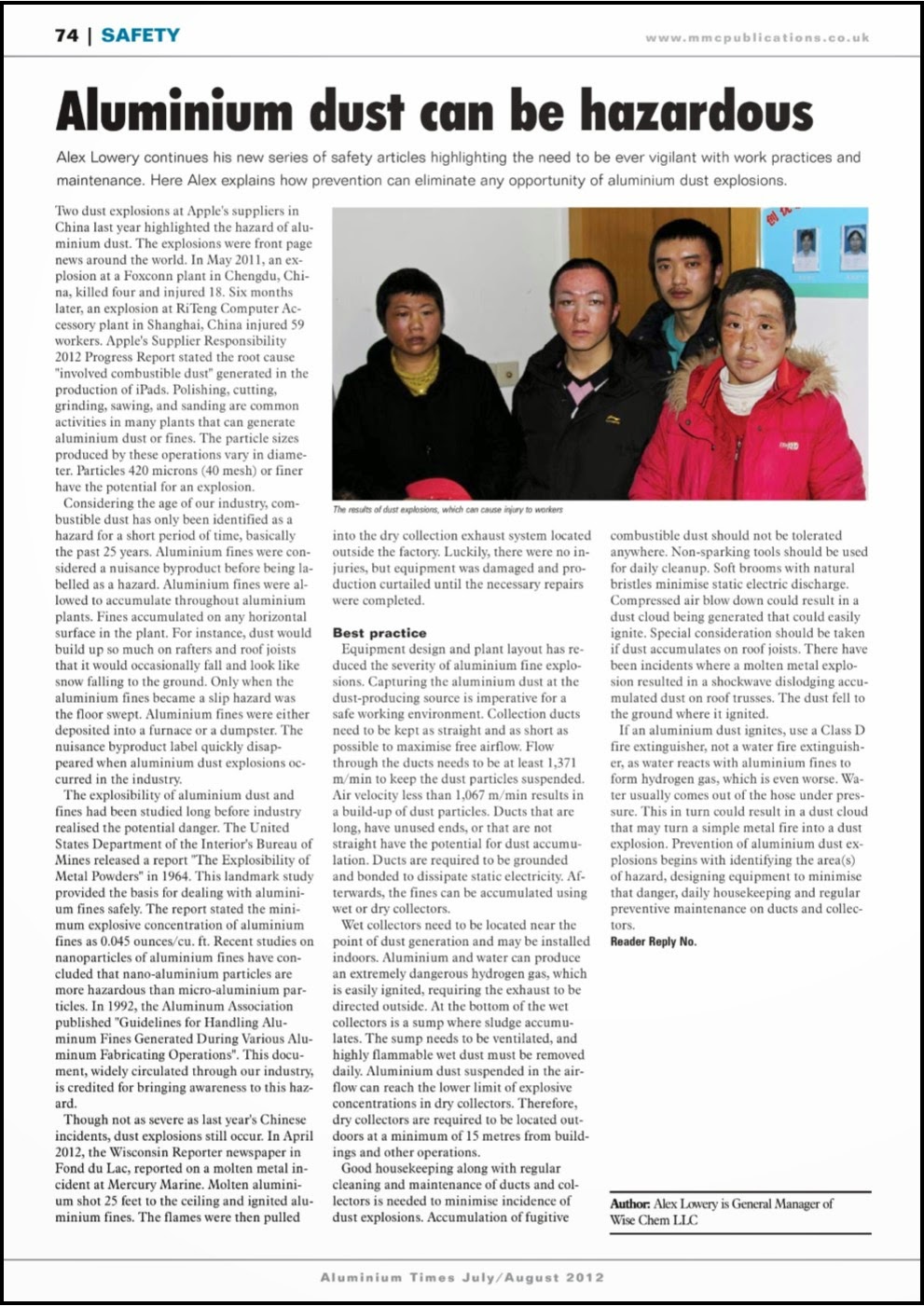 The APSB apologizes for posting the graphic photos.  Our hope is that the readers remember this incident and those in our industry who have failed to acknowledge aluminium dust/fires as a hazard now work to mitigate this hazard. Feel free to contact the APSB if you require further safety information.

In aluminium industry always we must to follow the safety instruction and roll.

Second we have to ignore load pressure due to load of job also one of the cause of accident in every were.

Knowledgeable and experience are very important in work place.

How tragic for something like this to happen when it is avoidable through right practices. I suppose many do not realize the amount of stored energy in fine aluminum powder and how easy it is to explode with deadly force.